Posts : 740
Join date : 2012-05-16
While I'm sure those who enjoy HUT, and even worse, will spend some $$ to make their teams better will be the black sheep of the NHL fandom, I'm still pretty excited for HUT. Once the initial shock and emotion of EA dropping a big fat turd on this release, I'm curious just how good gameplay will be for the modes that do exist.

This will be my first time being active on release, was wondering if anyone has any ideas/tips on what the auction market looks like on a new release. I'd have to imagine prices on players will be all over the board?

Anyone have any information on any hut 15 features? I can't find anything. Would love to see some screenshots.

I'd also like to see it verified by EA somewhere that there will be a "rollover" bonus like there was going from nhl 13-14 where you could start with quite a few pucks depending on nhl 14's games played, cards and puck balance.
_________________

Thanks to KingFromTheDot for the sigs! 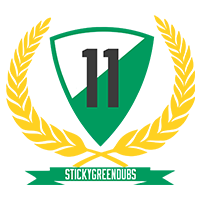 DynamicKarma wrote:Here is my strategy. I usually will shell out $50 at release for packs. It doesn't matter what player you get Crosby, Stamkos, Ovi, etc. SELL SELL SELL. People will pay ridiculous amounts for superstars at the release because nobody will have them. Then you can build the team you want. That's how I do it.