Round one recap and & Round two preview and notes

Upset of the round:

Pink Knights came into the first round not receiving a favorable matchup. Other GM’s in the tournament believed BLM was a favorite to at least make it to the final four, but the Pink Knights had other plans. The Pink Knights came out and just dominated BLM and ultimately knocked them out in 2 games. BallaChick one of the GM’s on the Pink Knights said this about her thoughts on the tournament so far, and on her series with BLM. “Think we went into series one as underdogs but the florida/edmonton combo controlled the series really. Playing BLM was definitely a hard first round but think we got one of the harder teams out the way early. As for the games, we pretty much dominated. Hemmer and Coorsi back together is hard to stop and with me up front completes it. Kyle and puck at the blue line hard to beat and deadly came to play. ..I think the tourney is a great idea since club is dead as it’s ever been and gives people a reason to still play while vg is on break.”

Oh so close, but yet so far away:

Jam is another team who was a favorite by many to make a run for the title, but STDs wanted to win it just as bad.  STDs won game one led by Sinneront with two goals and he also scored the OT winner. But CCPiper led his squad to back-to-back wins to beat the STDs in three games to move on. CCPiper gave us his thoughts on the tournament so far and the series against the STDs. “We went into game 1 feeling pretty good, but none of us had played the game for a few days beforehand. As a result, we got off to a rusty start and lost the first game 5-4 in OT because we didn't capitalize on some of our chances, and the STDs did a good job of capitalizing on theirs. We also took a lot of penalties in the first period that resulted in us going down early.” He added, “Luckily, after the first game, we had our team mascot LegendaryLK join our group chat and give us a pre-game speech, and we came into game 2 looking to stay disciplined and control the game. Ultimately, I thought we did a good job in the second game towards the end by building a commanding 7-3 lead to secure the win, a type of lead that we never got in game 1. Going into game 3 we decided to use a former EASHL champion, Crusaders47, to replace B-Bunny who is otherwise known as Mr. Regular Season, as we felt that we needed a strong-willed veteran to help us secure the series win. Fortunately for us, it paid off in the end as we played a really sound third game with a 4-0 win. JuiCE_LaHeY picked up a shutout by making some key saves in key moments, including a save on a penalty shot to maintain the lead. We are happy to have used JuiCE_LaHeY, as Crusaders47 reminded us of how our other goalie (also a former EASHL champion), HITMAN1342, is washed up, past his prime, and bad.” Finally he added, “I commend the STDs on a fun and challenging series, and they managed to test us by getting the early series win, which is obviously huge in a three game series. So kudos to them and their GM MaK-10ten for cooperating with me in getting the series together. Good games!”  JAM will take on Last Call in the second round.

BDB came in to this matchup in tough against a RElentless squad that have played together for a long time. RElentless has many big name VGHLers on their squad like jazz, danger-rally and the great memack. BDB wanted to spoil the party, which was led by PNCPark, VinnyNorthSyde and StickyFingers. StickyFingers gave his thoughts on his team in the series “honestly we took to many bad penalties. WE could have beat them in game 1 and ended them in game 2 when we won. It’s really hard to have offense when we took over 30 penalties. We played pretty good defensively but our offense was really nonexistent. Were a new club with a lot of talent and relentless is a team who has been around awhile and have all played together for a long time so in that aspect i think we played pretty well against them.” RElentless takes on TFL or HAM in round two.

Again JAM GM CCPiper chimes in with his thoughts on round two vs Last Call. “Last Call is a very active, talented club with a slew of great players. If they put the right line on the ice I really think they have a good chance at beating every team in this tournament. They're always tough for us to play against, and we match up with them almost every night so we definitely have experience playing against them. I think for us to win this series it is really important that we get the early lead in our games, so that we can make them play from behind. Winning game one is also important so that we can take the pressure off of our own shoulders for the rest of the series. We will see how it goes, and I wish them the best of luck.” Series is scheduled for Sunday December 29th.

Ballachick commented on her second round matchup coming this Sunday, “Match up vs KxC definitely should be easier but we won't take anyone light. But If we play like we did vs BLM there should be no reason why we can't make a good run in this tourney. Could possibly come out on top. We started hot vs a great team. .If we get beat round 2 it'll be on our own mistakes.” The GM of KxC Kcrusher said about his next series vs PK, “With the Pink Knights being our second round opponent we know that the match ups are only going to get harder and the competition ALOT stiffer. However I promise you we will be ready to go come Sunday. #OnAnyGivenSunday” Series is scheduled for Sunday December 29th.

NTB GM JPHVeNoM said this about his round 2 matchup vs MID. “I’m enjoying the tournament a lot so far. I was getting bored with club while on break with VG and this made NHL fun during the break. It was a fun round vs LxF. For round two I would expect around the same results. We have played MID a decent amount of times in the past. Don’t want to be too over confident but I think we can take this series in two.” Series is scheduled for Sunday December 29th.

Due to the fact the matchup has yet to be determined, no quotes could be obtained. The matchup between TMH & TFL will be a tightly contested matchup. TMH is coming of a tight round one win against BDB, which they took advantage of the numerous penalties BDB took. The series between TMH and TFL should go three games, but you never know as top teams have faced scares or have lost (BLM). AceFive GM of TFL shared his thoughts about his series against TMH. “If our top guys play we will be fine against TMH. TMH is a strong opponent and it will be a tough series that’s for sure.”

Winning team get us stats. They can photos of the team stats and both team stats or you can write them down and send them to me. You need both teams and game stats. 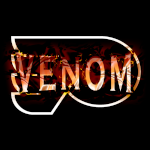 Re: Round one recap and & Round two preview and notes